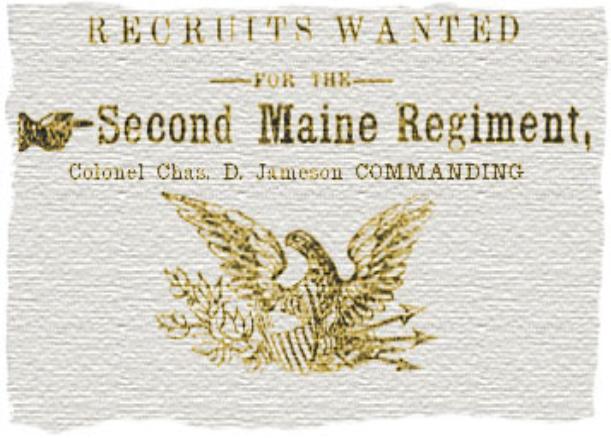 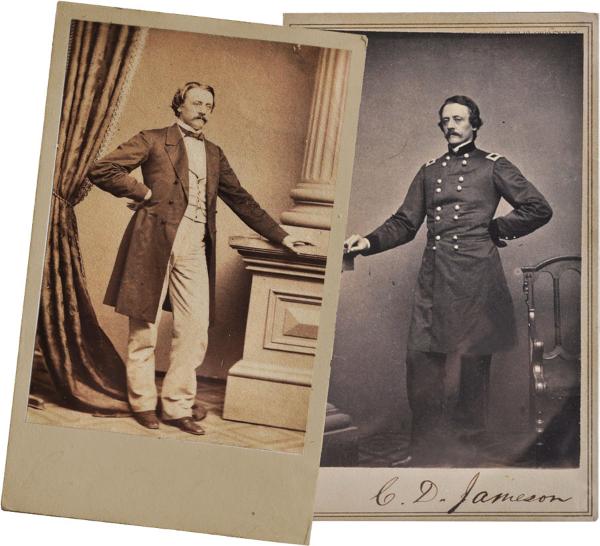 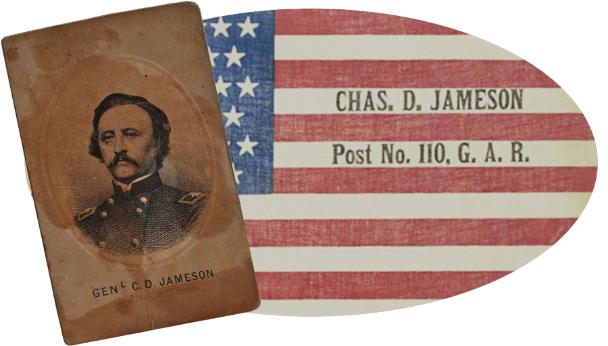 Maine Veterans honored the memory of the Maine General by designating their Bradford, Maine meeting hall as the Charles D. Jameson G. A. R Post #110. Their flag is superimposed by a well-worn, wartime published, album engraving of the General. 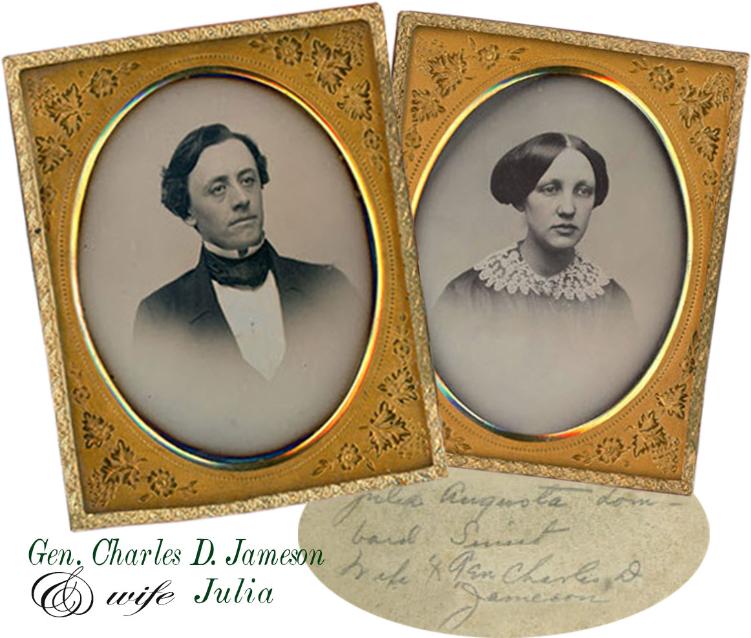 We begin our presentation on Maine’s hard fought 2nd Volunteer Infantry with pre-Civil War cased daguerreotype portraits of [General] Charles Davis Jameson and his wife Julia. Born in Gorham Maine in 1827 young Charles would relocate with his family to the lumbering and sawmill center of Old town, Maine. By the time of the Civil War, Jameson was a successful lumberman and a man of some stature. He was a Volunteer Maine Militia Commander and had been tapped as a Maine delegate to the Democratic National Convention in Charlestown, South Carolina in 1860. When the Civil War broke out he was elected Colonel of the 2nd Maine Infantry, led his regiment at 1st Bull Run and was commissioned brigadier general effective Sept. 3, 1861. In the months after Bull Run the Democratic Party of Maine split into anti-war “Copperheads” and pro-war factions. Jameson became the unsuccessful gubernatorial candidate of the War Democrats in the 1861. During the Peninsular campaign, he commanded the 1st brigade of Kearny’s 3rd division of the 3rd Army Corps. Earning the nickname General of the Trenches, Jameson was the first to discover the Confederate evacuation of Yorktown, Virginia on May 4, 1862 and during the battle of Seven Pines, his command got closer to Richmond than any portion of McClellan’s army. It was at the Battle of Fair Oaks though that the Maine Lumberman’s already established prowess in the field would be lost to the Union cause when his horse was shot out from under him. While recovering from his wounds General Jameson was afflicted with what was commonly referred to as camp fever (typhoid) and was returned to Maine for convalescence. He died in Old Town on November 6, 1862 and is buried at Riverside Cemetery in Stillwater, Maine. Some sources report that Jameson actually died on the steamship carrying him home between Boston and Bangor.