Relegated to obscurity in the shadow of such notable service as was performed by a number of Maine Civil War regiments, the 2nd Maine Cavalry (a. k. a. 2nd Maine Veteran Volunteer Cavalry) played a vital role as the Mainers faced the particular hardship of service in the heat and humidity of Louisiana, Florida, and Alabama. While the troops of 2nd proved their metal in action, their service was quite different than with the better remembered 1st Maine Cavalry, the 1st Maine Heavy Artillery, the 17th, 20th and so many other Maine regiments in that they fought in fragmented groups in little known locations of the deep south rather than in the full strength of a complete regiment.

While these mostly obscure names and actions, along with so many even less frequently known raids and scouting assignments, would carry special meaning to the Maine Cavalrymen, the regimental infirmary would leave an even more indelible mark as 334 of 989 who left Maine would die of disease. 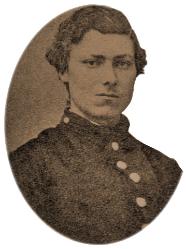 Frank W. Pearce was a 19 year old resident of Houlton Maine when he was mustered in on October 19,1861 as a musician in the 1st Maine Cavalry Band. Mustering out of the 1st Cavalry on August, 26 1862, Pearce re-enlisted on November 30, 1863 as Sargent of Co. A 2nd Maine Cavalry. He would remain with this Regiment mustering out at Barrancas, Florida on December 6, 1865. 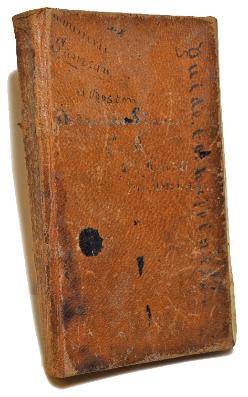 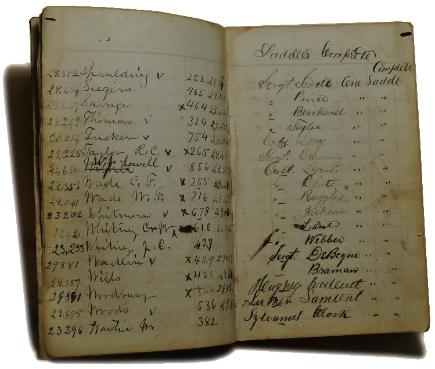 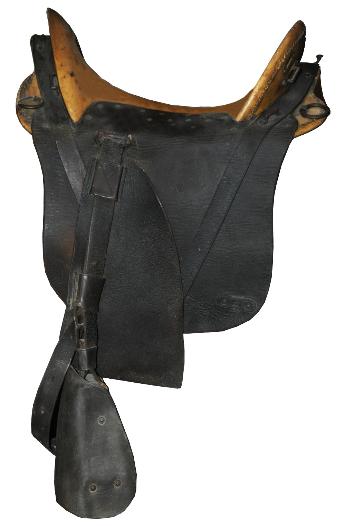